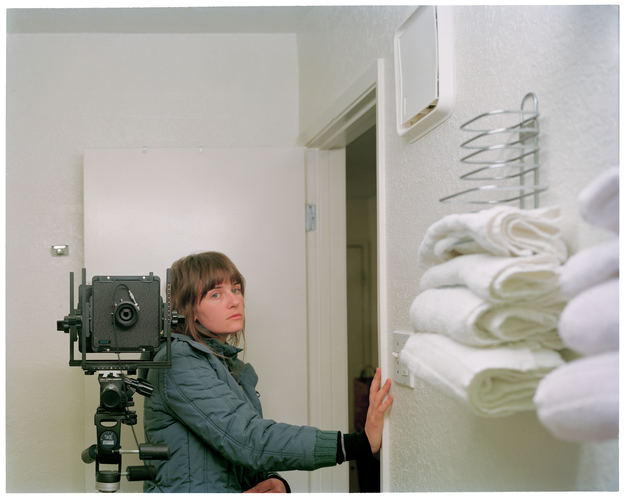 Amy Regalia is a photographer who works with an analogue large format view camera and a digital medium format camera. She is interested in the quieter details of urban landscape. After graduating from California College of the Arts and working in photo conservation for clients such as the estate of Diane Arbus, Richard Misrach, and Robert Adams, she began exploring and recording the outskirts of the Bay Area. In 2009 she moved to West Africa where she completed a series of unconventional portraits in Dakar, Senegal and a series of of television stills in the Canary Islands. She recently moved to New Rochelle, NY with her husband and three rescue cats.